The meeting of Leeds Inventors Group fixed for next Wednesday, 30 Nov 2010 at 18:00 has been cancelled owing to unforeseen circumstances.
Wishing all inventors in Leeds a very Merry Christmas and a Happy New Year.
Posted by Jane Lambert at 14:22

Graham Barker, c0-author of a Better Mousetrap and author of Patenting the Ugly Truth, will be guest speaker at Leeds Inventors Club on 30 Nov 2010 in Central Library between 18:00 and 19:45.
Please don't traipse over to the library tomorrow as everybody will be in the pub, watching telly or otherwise having fun.
Posted by Jane Lambert at 15:09 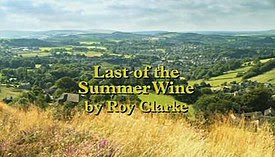 Not a lot of people know this but we have a patent agent in the our beautiful valley. And a very good one he is too. His name is David Lister and he practises in Honley. The reason I mention Mr. Lister is that I have just read one of his cases.
Re Owen's patent application BL 0/370/10 was a rubbish case. Literally. The invention lay in the field of scrapping goods and products that had come to the end of their useful life. It concerned a process which took the product in question, broke it up into pieces, separated out certain pieces or material for re-use, and then made a new composite material out of the remaining matter. The principal claim was

The examiner objected to the application on the grounds that there was no inventive step. It was common ground that the Windsurfing/Pozzoli tests applied.
(1) Identify the notional “person skilled in the art”
(2) Identify the relevant common general knowledge of that person
(3) Identify the inventive concept of the claim in question or if that cannot readily be done, construe it
(4) Identify what, if any, differences exist between the matter cited as forming part of the “state of the art” and the inventive concept of the claim or the claim as construed
(5) Viewed without any knowledge of the alleged invention as claimed, do those differences constitute steps which would have been obvious to the person skilled in the art or do they require any degree of invention?
It was also common ground that the person skilled in the art was "a team of individuals involved in the recycling and disposal of waste mechanical equipment, such as vehicles and white goods."
Applying that test with reference to the prior art the hearing officer, Dr. Porter, could find only 2 claims that could possibly disclose an inventive step. He therefore remitted the application to the examiner for further consideration.
That's it really! But I couldn't resist blogging about a case from Summer Wine Country.
Posted by Jane Lambert at 13:08

Yorkshire needs a Patents County Court in the North

The Leeds City Region has the greatest concentration of professional and financial expertise in the UK outside London.
Great international law firms such as Addleshaw Goddard, DLA Piper, Hammonds and Pinsent Curtis have their roots in the region. So, too, do great patent agencies like Appleyard Lees and Harrison Goddard Foote. Having a population of nearly 3 million and 100,000 businesses the region needs an accessible and cost-effective local forum for the resolution of intellectual property disputes.
S.287 (1) of the Copyright Designs and Patents Act 1988 enables the Lord Chancellor and Secretary of State for Justice any county court as a patents county court and confer on it special jurisdiction to hear and determine patents and designs cases and ancillary matters. Yesterday, our sister blog IP North West carried an article "A Patents County Court for the North". We support that call. Ideally, we should like the Leeds County Court to be designated as a Patents County Court but a designation of any county court anywhere within the M62 corridor would be welcomed by businesses and intellectual property professionals throughout Yorkshire and the Humber.
As IP North West said, this is the best time to campaign for a Patents County Court for the North with the introduction of the new Patents County Rules, the publication of "The Blueprint for Technology" and the Hargreaves review into intellectual property. It also fits in well with another Coalition policy of kick starting local growth by providing the best possible conditions for business (see "Local Growth: realising every place's potential").
If you want to discuss this article or this campaign for a Patents County Court for the North, give us a ring on 0113 320 3232 or contact us through this form.
Posted by Jane Lambert at 08:11