Meet a patent examiner at Sheffield or Leeds Inventors Group 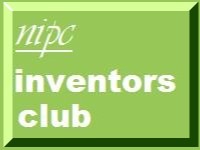 I have just announced on my Inventors' Club blog that patent examiner Kalim Yasseen will be talking to Sheffield and Leeds Inventors Groups on 6 Feb and 15 Feb respectively. For more information, see my post
"Straight from the Horse's Mouth:"Filing a UK patent application - process and procedures". 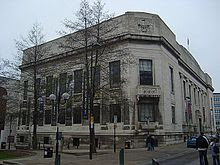 Both events are free but do let the libraries know in good time whether you are coming as demand is likely to be heavy for both events.

I've just blogged about the Court of Appeal's decision in MMI Research v CellXion and Others. The reason I mention it here is that one of the defendants, Datong Plc, is based in Leeds.

According to its press release, Datong "provides a range of advanced high performance covert intelligence gathering solutions, supplying defence, homeland security and law enforcement agencies around the world."  It employs 95 staff and distributes its goods in 37 countries,   Group turnover in the year ended 30 Sepr 2011 was £11.75 million.

Datong was joined to the action as the re-seller of mobile telephone detection equipment which is used by police and intelligence services to monitor wrongdoers' movements.

The case had twice been before the Patents Court and twice before the Court of Appeal.   More
Posted by Jane Lambert at 22:59

I have just returned from the Chinese New Year Show at Sheffield City Hall and was bowled over. It was an excellent show with acrobats, dancers, dragons, face changers, jugglers, pandas and even acrobats on roller skates.  The night before I attended the Liverpool Chinese Business Network's VIP Dinner in Liverpool which also had a show (see Jane Lambert "Welcome to the Year of the Dragon" IP North West 23 Jan 2012). That was very good but the Sheffield spectacular was even better. Everyone knows that there have been Chinese communities in Liverpool and Manchester for generations. What is less well known is that there is also a Chinese community in Yorkshire. Its links with China are at least as strong as the North West's.

One of the most important connections between China and Yorkshire is the Confucius Institute of Sheffield University. This is an international collaboration between the University of Sheffield, the Office of Chinese Language Council International (commonly known as Hanban), Beijing Language and Culture University and Nanjing University. Its mission includes a number of objectives the first of which is to be "a focal point for China-related activities in Sheffield and the broader region of the Midlands and Northern England."

Another connection will be the "Visions of China" theme park which is to be built in Rotherham. This £100 million project will include ornamental lakes and gardens; retail outlets; a Shaolin temple and cultural centre, a theatre, restaurants, spa, pavilions and an hotel. The project will be undertaken by the Chinese government.

In "Happy New Year - this could be the year the recovery starts"  I argued that China and other rapidly growing emerging economises would lift us from recession starting this year.   The "Visions of China" investment is one sign that that is happening.  Other signs include China Telecom's MVNO and Huawei's continuing  investment in the UK.

As the State Intellectual Property Office of China is now the second largest recipient of patent applications according to the WIPO, demand for Chinese technology is likely to increase from the UK. Should you require advice or assistance in drafting licences and technology transfer agreements, do not hesitate to call me on 0113 320 3232.

Following on from my progress report on FabLabs for Yorkshire which I published on 16 Jan 2012, I have just been reminded  of IntegreatPlus's Learning Lunch: What are these FabLabs? Personalised Manufacturing in Sheffield on 23 Feb 2012 at 12:30.

The speakers will be Eddie Kirkby of the Manufacturing Institute and James Wallbank of Access Space Network. I have heard Eddie at Daresbury and he speaks very well.


The lunch will take place at

The event is free thanks to sponsorship from the Institute for Economic Development and Creative Sheffield but space is limited. To reserve your space contact rob.cullen@integreatplus.com.
Posted by Jane Lambert at 09:57

On 9 Nov 2011 I reported that plans were in hand for a FabLab in Keighley (see "A FabLab for Keighley"). The consortium behind the project has just published a website at  http://www.fablabairedale.org so we now know a little more about it.

According to the "About Us" page:


"Fab Lab is the first stage of an ambitious project to create a Centre of Manufacturing Excellence within Airedale serving Bradford District and the surrounding parts of the Leeds City Region. Fab Lab Airedale is a collaborative venture between the Airedale Partnership, Bradford Council and Leeds City College, with support from The Manufacturing Institute. The Fab Lab Airedale will operate as a not for profit company limited by guarantee. Any profits generated through the running of the Fab Lab will be reinvested in the aims of the project which are to promote innovation and excellence within the local manufacturing and related sectors."

We also know that the FabLab will be located at Dalton Mills. I drove past the site on Saturday and was very impressed.

We still don't know when the Airedale FabLab will open. Early 2012 according to the website.   I called the number on the website this morning and was put through to a lady at the city council.  She could tell me nothing more than that it would be soon.

The next FabLab in Yorkshire is likely to be in Sheffield. A meeting took place in Sheffield in July 2009 at which Eddie Kirby of the Manufacturing Institute announced plans for a chain of FabLabs around the UK and this was confirmed by Professor Gerschenfeld himself when he was interviewed on BBC Radio on 14 Nov 2011. There was a vigorous debate on a FabLab for South Yorkshire in the Sheffield City Region Linkedin group before Christmas.

Elsewhere in the country there appear to be plans for FabLabs in Brighton and Troon. All these projects are supported by a group of enthusiasts known as "FabLabsUK" who have set up a website and Meetup group.

Not riots! Not the decaying Odeon. Not the massive building site in the city centre. But Media and Digital Bradford which held its inaugural meeting at Gumption Centres on 12 Jan 2012.  I was there as were folk from the arts, the Council, the media, the Media Museum, the University and more geeks tham you can shake a USB stick at.

Before it closed last year Bmedia had done a lot of good things for the media and digital industries in Bradford:
:


The end of Bmedia was a bit of a blow for Bradford.

MAD Bradford is a very different sort of grouping. Although the proposed format for regular monthly meetings and networking is very similar it is much less structured. Before the meeting we were welcomed with a pot of vegetable chili prepared by Mrs. David Robertson Brown (for which many thanks) and a voucher for a free cup of tea or coffee.

The meeting followed the BarCamp formula. Members of the audience were invited to propose topics for discussion. These ranged from the local authority's super-fast broadband "Connected Cities" bid presented by Dave Melling, rural programmes co-ordinator of Bradford MDC, the image of Bradford, what the University can do for us and we for the University, html5 and even the future of the internet. Matt Fielding divided us into three groups to discuss those topics and sent us away to different parts of the building. These groups quickly coalesced into two which I would loosely describe as the developers and the creatives.   I tagged on to the "creatives" group in the reception area which discussed a number of interesting proposals for future activities.

These ideas are likely to be developed further in the "MAD Bradford" Linkedin group which has recently been formed.

One thing is for certain. Any new product created by members of the group will require design right, registered design or patent protection, Every new brand will require legal protection whether under the law of passing off or the registration of a trade mark. There will be demand for advice and representation on IP and technology law which members of IP Yorkshire will continue to supply.
Posted by Jane Lambert at 09:09

Inventor, product developer and former school master John Biddleston will talk to Leeds Inventors Group this month. His presentation to the Sheffield club was very well received indeed.   For more information about this presentation, see the article in my Inventors Club blog.

Talk to Halifax Law Society: Trade Marks and Passing Off

I have been asked to talk about trade marks, passing off, geographical indications and the legal protection of brands generally to Halifax Law Society at the White Swan Hotel in Halifax on Tuesday, 20 March 2012 between 13:30 and 15:30.


My talk will cover the following topics:

Finally, I wish you all a happy New Year.
Posted by Jane Lambert at 12:44