Thornton & Ross Ltd, which was founded in 1922, is the largest independent pharmaceutical manufacturer in the UK and is expanding rapidly. Based in Huddersfield, the company manufactures and distributes such well known  brands as Covonia, Hedrin, Asilone, Setlers, Transvasin and Mycota.

Its application was opposed by the Swiss company Strellson AG, which had registered the following device mark for perfumes and cosmetics in class 3.   Strellson relied on s.5 (2) (b) of the Trade Marks Act 1994 which provides:. 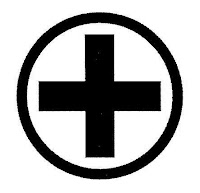 
Both sides applied for a hearing and the case came on before Mr.Oliver Morris on behalf of the Registrar on 15 Nov 2012.  Strellson was represented by Mr. Mark Foreman of Rouse & Co. and Thornton & Ross's agent, Janet Bray of L J Bray & Co,. instructed me.   Mr. Morris's decision appeared on 27 Dec 2012.


"(a) the likelihood of confusion must be appreciated globally, taking account of all relevant factors;
(b) the matter must be judged through the eyes of the average consumer of the goods or services in question, who is deemed to be reasonably well informed and reasonably circumspect and observant, but who rarely has the chance to make direct comparisons between marks and must instead rely upon the imperfect picture of them he has kept in his mind, and whose attention varies according to the category of goods or services in question;
(c) the average consumer normally perceives a mark as a whole and does not proceed to analyse its various details;
(d) the visual, aural and conceptual similarities of the marks must normally be assessed by reference to the overall impressions created by the marks bearing in mind their distinctive and dominant components, but it is only when all other components of a complex mark are negligible that it is permissible to make the comparison solely on the basis of the dominant elements;
(e) nevertheless, the overall impression conveyed to the public by a composite trade mark may, in certain circumstances, be dominated by one or more of its components;
(f) and beyond the usual case, where the overall impression created by a mark depends heavily on the dominant features of the mark, it is quite possible that in a particular case an element corresponding to an earlier trade mark may retain an independent distinctive role in a composite mark, without necessarily constituting a dominant element of that mark;
(g) a lesser degree of similarity between the goods or services may be offset by a great degree of similarity between the marks, and vice versa;
(h) there is a greater likelihood of confusion where the earlier mark has a highly distinctive character, either per se or because of the use that has been made of it;
(i) mere association, in the strict sense that the later mark brings the earlier mark to mind, is not sufficient;
(j) the reputation of a mark does not give grounds for presuming a likelihood of confusion simply because of a likelihood of association in the strict sense;
(k) if the association between the marks causes the public to wrongly believe that the respective goods [or services] come from the same or economically-linked undertakings, there is a likelihood of confusion."

"The average consumer will be a member of the general public and, although the cost of the goods can vary, they are not, generally speaking, expensive items and will be selected with no more than an average level of care and consideration. The goods in class 5, on the other hand, contain goods which are medicated. The impact of this is that the level of care and attention used in their selection is likely to be higher and, furthermore, the average consumer may be a member of the general public or a health care professional"

In making his comparison he adopted the Collins dictionary definition of "cosmetics":


“Any preparation applied to the body, esp. the face, with the intention of beautifying it.”

He concluded that a cosmetic was, therefore, "a preparation, the purpose of which is to beautify the face or body."  He continued

"Whilst cosmetics such as lipstick, mascara and eye shadow may be the first and most obvious type of goods that come to mind if one were asked to consider the type of goods that fall within this category, I do not consider that this is all the term covers. For example, preparations (such as creams and lotions) whose intended effects are to reduce wrinkles would be classified as a cosmetic given that it aims to have a cosmetic impact on the appearance of the user. A further example can be seen when Mr Justice Neuberger in Beautimatic International Ltd v Mitchell International Pharmaceuticals Ltd and Another held, on the facts of the case before him, that a dry skin lotion was a cosmetic."

but failed in respect of everything else.  Though Thornton & Ross had won more than it had lost Mr Morris did not think that that justified an order of costs in its favour. He thus ordered each side to bear its own costs.

If anyone wants to discuss this case or proceedings in the Trade Marks Registry generally call me on 0113 320 3232 or send me a message through my contact form. You can also follow me on Facebook, Linkedin, twitter or Xing..
Posted by Jane Lambert at 21:18 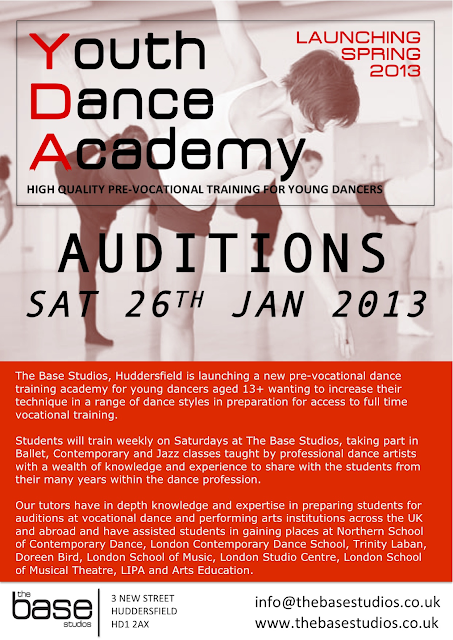 The third week of January is rarely a bundle of laughs but with the horrible weather, the crisis in Algeria and the terrible attack on Sergei Filin today has been worse than most.   So here is something to cheer us all up. The Base Studios which I mentioned last week in "Interesting Yorkshire Businesses No. 1: The Base Studios Huddersfield" 11 Jan 2013 will hold auditions for the Youth Dance Academy. on 26 Jan

As you can see the Base has sent some lovely photos of its outstanding young dancers. 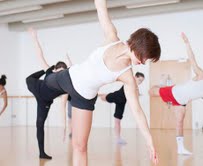 We at NIPC think that the Academy is an excellent project and will help it any way we can.   We hope our clients and connections around Yorkshire will do the same.

There are many ways you can help:
- You can sponsor the project;
- You can provide a scholarship for a student;
- You can help bring a star to Huddersfield for a master class.


But you don't need to part with brass to help the Academy. 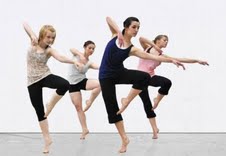 If you know a young dancer you can encourage him or her to audition for the course.If you are in education you can bring it to the attention of local schools and colleges.

"Any support from anywhere would be amazing to help fund the new Youth Dance Academy. Whether is be to offer students scholarships or reduced fees etc etc. Or money to get in some master classes from other teachers/artists to enhance the training on offer etc " says Base General Manager Matthew Slater,

"I would love the programme to be fully accessible to talented young dancers from whatever financial background and support with that would be amazing!"

Just think how proud you would feel watching one of the kids you helped on a stage in the West End in a few years time.

Interesting Yorkshire Businesses No. 1: The Base Studios Huddersfield

With the Choral, Contemporary Music Festival and an exceptional music department Huddersfield already had a good claim to being the most musical small town in England.  Now it can also lay claim to excellence in dance. The Base Studios will be holding a series of courses in ballet, contemporary and jazz for young dancers known as the Youth Dance Academy. Auditions for this new Academy will be held on 26 Jan 2013.

Though the Academy is for the young and gifted the Base does not ignore the rest of us. There is a whole range of classes from adult ballet to zumba.   The instructors are excellent.   Fiona Noonan, for example, who trained at the Queensland Dance School of Excellence and danced in theatres around the world, teaches ballet.

The Base offers a range of services to businesses such as fashion shows, corporate entertainment and other events.