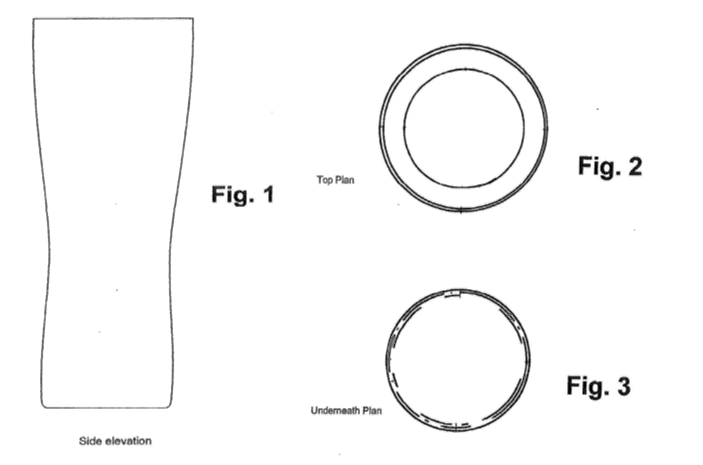 The Design Right
The design document in which the design was recorded appears below. 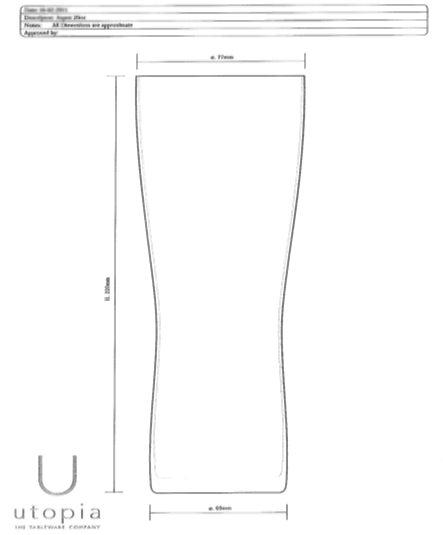 Infringing Articles
The following photograph shows the glasses sold by each of the parties.  Utopia's appears to the left and BBP's to the right. 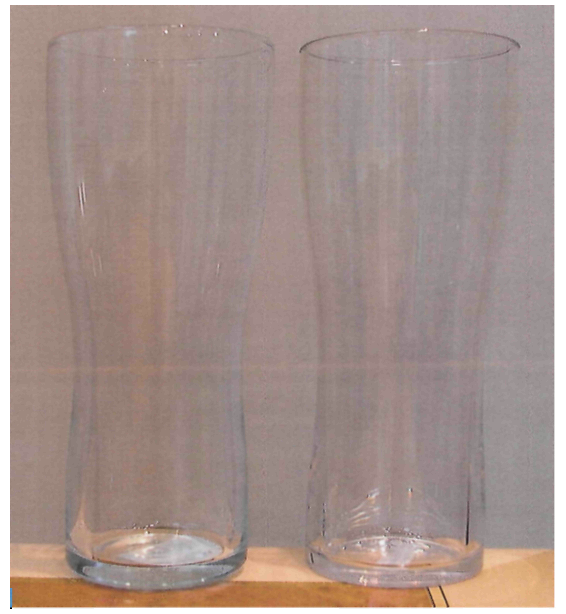 The Issues
The defendants admitted that they had copied the exterior dimensions of the claimant's design but not its interior measurements nor the wall thickness since their glasses were made out of polycarbonate rather than glass.  Having admitted copying of the exterior dimensions the defendants could hardly deny copying of the unregistered design or claim that their glass produced on an informed user a different overall impression from the registered design. Their defence was that the claimant's design was commonplace and lacked individual character.

Judgment
Mr Recorder Campbell found for Utopia on both points.

As for the "commonplace defence" the judge directed himself at paragraph [58] to identify the relevant design field for the purposes of the Act.  He decided at [69] that it was beer glasses.  Comparing

to similarly shaped glasses distributed by Amstel, Carlsberg and Peroni to promote their beers he concluded that that feature was not commonplace though other features were. As design right can subsist in any aspect of the design of part of an article the Recorder found that that was enough for design right to subsist.

Relying on Judge Birss QC's decision in Samsung Electronics (UK) Ltd v Apple Inc [2012] EWHC 1882 (Pat) (9 July 2012) which I discussed in  Apple v Samsung - compare and contrast 28 Aug 2012 NIPC law the Recorder identified the "informed user" as a beer drinker, held that the designer of a waisted glass had limited design freedom and compared Utopia's glass to the Amstel, Carlsberg and Peroni glasses. Having regard to those factors he concluded that the design did have individual character and was therefore valid.

He therefore held that both Utopia's design  right and the registered had been infringed.

Comment
Despite the submissions of Sir Robin Jacob, the leading scholars on intellectual property law, the Intellectual Property Bar Association and many others the government seems hell bent on its proposal to criminalize registered design right infringement. Had that proposal been law it is possible that the executives of two well established and highly regarded local companies would have been prosecuted, This question whether the registered design had individual character was difficult enough for an experienced intellectual property practitioner to resolve. It is hard to imagine lay justices and juries attempting a similar careful analysis. In a case such as this where the claimant's witnesses had acted particularly badly a conviction would have been intolerable.
Posted by Jane Lambert at 11:25