The Franchise Conference is coming to Hull on 25 Sept 2014. It has already been to Sheffield and you can find out what happened there on this YouTube video. The event is supported by Loven who are appearing with us at our IP workshop and clinic at the Gravity Fields science festival in Grantham on the 26 September 2014.

The keynote speaker will be Eric Ho, founder of the YoYo Group and topics will include:

There will also be an exhibition,

The event will take place at

You can book online by clicking here.

I've been interested in franchising for a long time. One of my first cases when I came to Bridge Street Chambers was on behalf of a franchisee whose business failed because he had been forced to pay over the odds for supplies from his franchiser. Everybody including his solicitor and my clerk thought he was going down but I had read a report of  R-161/84 Pronuptia de Paris GmbH v Pronuptia de Paris Irmgard Schillgallis [1986] ECR 353 in the Financial Times and thought I could do something for him. I was right and managed to negotiate quite a favourable settlement for him. Word got round and I found myself representing two other franchisees of the same operation with similar results.

The law changed immediately after that decision and now you have to be very careful before taking a franchisee. As I said after a visit to "Which Franchise" on 2 Oct 2011 "Taking a franchise may be the best thing you ever do" but it could also be the worst. To help prospective franchisees I published The franchise agreement: understanding what you are letting yourself in for. on JD Supra on 20 Jan 2012 and "Franchising - what can a franchisee do if things go wrong?".

If you want to discuss anything in these articles give me a ring on 020 7404 5252 during office hours or get in touch through my contact form.
Posted by Jane Lambert at 14:09

For those of you who don't know what a grand battement is, here is Wikipedia's definition which is as good as any:


"a powerful battement action where the dancer passes through dégagé and "throws" the leg as high as possible, keeping it straight, while the supporting leg also remains straight."

"Battement" is itself defined as "beat" and "a beating movement of the working leg". They are hard work I can tell you.

The existing record is 1,199 and was set by Jeanne-Carlin Cilliers in South Africa on 5 March 2005 (see the Guiness World Record website).

Mel is making this world record attempt as part of her campaign to raise funds for her training at Trinity Laban Conservatoire  in London (see Help me change the dance landscape on the GoFundMe website).
Posted by Jane Lambert at 11:06 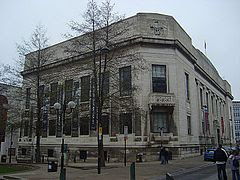 Joyce Gray of Sheffield Central Library who has recently taken over the organization of the Sheffield inventors club has brought the following event to my attention.

It is called Inspiring Entrepreneurs: Movers and Shakers and will consist of a talk by Rekha Mehr followed by a live streaming from London of a panel discussion by

How far (if at all) is it possible to protect Innovation in Financial Technology?

Although only three British companies were listed in the 2013 FinTech 100 rankings compared to 10 from India and many more from the USA our government aspires to make this country the world leader in financial technology (see "Plan to make Britain global centre of financial innovation set out by government" 6 Aug 2014). With over 42,000 people employed in the financial services in 2012 Leeds hopes to develop a local financial technology industry. As part of the International Economic Conference that took place shortly before the start of the Tour de France, Pinsent Masons hosted a half day seminar called "At the Forefront of FinTech" to discuss the opportunities for fintech businesses in the City Region. On 16 July 2014 the dotForge accelerator announced plans to set up the first fintech accelerator outside London in Leeds ("New “fintech” accelerator for Leeds" 16 July 2014 Yorkshire Post).

In Fintech The UK’s unique environment for growth UK Trade and Investment listed several advantages for the UK:

All that is very true but the UK does suffer one important disadvantage in relation to its global competitors which is that it is very difficult to protect investment in the development of financial technology in this country.


"the following (among other things) are not inventions for the purposes of this Act, that is to say, anything which consists of -
(a) a discovery, scientific theory or mathematical method;
(b) a literary, dramatic, musical or artistic work or any other aesthetic creation whatsoever;
(c) a scheme, rule or method for performing a mental act, playing a game or doing business, or a program for a computer;
(d) the presentation of information......"

Much of the technology used in the financial services industry are computer programs. methods of doing business or the presentation of information. These exceptions are themselves subject to the following proviso:


"but the foregoing provision shall prevent anything from being treated as an invention for the purposes of this Act only to the extent that a patent or application for a patent relates to that thing as such."

Those words - particularly the last two - enable a skilful patent attorney occasionally to draft a specification for a software implemented invention that can be patented but that is not possible for all such inventions. Other countries that are party to the European Patent Convention which include all our EU competitors have similar statutory exclusions as their laws like ours have to correspond to art 52 (2) and (3) of the Convention; but there are no similar statutory exclusions in American, Chinese, Indian, Japanese or Korean patent legislation.

In his  speech at the launch of the new trade body for FinTech, 'Innovate Finance' 6 Aug 2014 the Chancellor of the Exchequer said:


"We’re introducing the right tax regime for this new industry.


The exclusion of many software implemented inventions from patent protection renders nugatory at least one of the incentives to innovation that the Chancellor of the Exchequer announced in his. Without a patent nobody can take advantage of the patent box.

In Digital Opportunity A review of Intellectual Property and Growth Prof, Hargreaves advised the government to


"work to ensure patents are not extended into sectors, such as non-technical computer programs and business methods, which they do not currently cover, without clear evidence of benefit."

HMG accepted that recommendation without demur in The Government Response to the Hargreaves  Review of Intellectual Property and Growth:


"The Government will resist extensions of patents into sectors which are currently excluded unless there is clear evidence of a benefit to innovation and growth from such extension."

There was no debate on the legal protection of financial technology during the passage of the Intellectual Property Bill through Parliament not even any detailed discussion of the topic during the extensive consultation on the implementation of Hargreaves' recommendations.

If they can't protect financial technology with patents then the new businesses that the Chancellor hopes to encourage including any that may be set up in Leeds will have to rely on other intellectual property rights. Traditionally software houses have relied on copyright and trade secrecy to protect their technology but that does not work terribly well with free open source software and decisions such as the judgment of the Court of Justice of the European Union in C-406/10 SAS Institute Inc v World Programming Ltd  [2012] WLR(D) 131, [2012] EUECJ C-406/10, [2013] BUS LR 941 do not help. That leaves trade marks that protect a business's brand but not its technology and the advantage of being first in the field.

In the USA there is extensive discussion on intellectual property protection of financial technology (see for example the slides for Wilmer Hale's webinar What Should Financial Institutions and FinTech Companies Be Doing?  6 March 2013 but I struggle to find similar discussion here. If I were a business angel or manager of a private equity fund I am not sure that I would be particularly happy with that.
Posted by Jane Lambert at 08:46