Leeds Inventors' Club: How will the economic downturn affect inventors 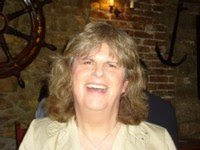 Because of the exceptional events in the money and capital markets over the last few days Ged and Stef have decided to change our advertised talk.   We were going to get Barbara Greaves of YABA to talk about angel funding but everything that she will have said will now have to be revised.   Instead, I have been asked to speak and my topic will be "How will the Economic Downturn affect Private Inventors?"
I have given a lot of thought to how the downturn will affect innovation as you will see from my latest post to my IP/IT Update blog. Demand generally will be weaker. Banks will be even less willing to fund new business ventures than they were before, at least in the short term. However, in the longer term they will probably find that some of the projects of the little chaps and lasses who consult me are a good deal safer than some of the hair brain products in which they have poured our deposits until quite recently. Finally, as the government has to stump up many billions of our axes to recapitalize the banks do not expect quite so much from Business Link, LEGI and even the lottery fund in future.
Because a lot of people will be in severe economic difficulties over the next few years expect some too-good-to-be-true advertising from invention promoters and other get-rich-quick Johnnies over the next few years.   These are to treated with the utmost caution.
However, it is not all bad news. It is probably only the OECD countries which will slow down over the next few years.   Other countries such as Brazil, India, China and Russia (the so-called BRICs states) will continue to grow rapidly. Their exports may be hit badly by our downturn but they have enough internal demand to keep motoring. They may be very difficult to enter but they offer enormous opportunities for good poducts and services.   They will also become increasingly important as investors and research partners.
Finally, there will still be business to be done here. Even in the great depression many important new products were invented
And there will be plenty of new products and services from the next 10 yeas to add to them.
So do come along (with your brickbats if you will though I would prefer flowers or chocs :-)) to Leeds Central Library at 18:00 on Wednesday 15 October to hear yours truly sound off.
Posted by Jane Lambert at 09:19